In Singapore , we have a very interesting termed known as the 5Cs . Just like the Joneses , Singaporean’s alike in their pursuit of material wealth looks forward towards acquiring the 5Cs . The 5Cs are condominiums , cars , country clubs , cash and credit cards . They are also known as the Singapore Dreams . They were extremely popular in the late 1980′s and early 1990′s .

According to the world bank report in 2010 , Singapore has a land area of only about 700sq km . For the main island of Singapore , the distance from east to west of Singapore is only about 42km . North to south is about 23km . With this small land area , it needs to house about 5M people , of which 3.7M are residents . Land cost is therefore relatively expensive and precious in Singapore . About 80% to 90% of the Singapore population stays in flats , built by Government agencies , also known as HDB (Housing and Development Board of Singapore) . The balance 10% to 20% stays in condominiums and land property . It is the wish and aspiration of everyone to own a condominium or landed property due to the social status associated with it . Interestingly the core commitments of HDB are as follows

Home for ownership , a hallmark of the HDB . Today , about 80% of people who stays in HDB owns their flats , which is the highest in the word .

Home for the masses . The public housing is for the vast majority of Singaporeans

Homes for life . The strategy involves not only selling the property to Singaporeans . There will be constant e upgrades on the property , when budget permits , so that the property appreciates in value over a period of time . In the golden years , one can unlock the “value” of their homes when needed . Having a property has always been a long term commitment

Just like many other countries , it is relatively easy to ramp up production of cars than to build transport infrastructure . Singapore is no different .As land is already so scarce , the government needs to control the proper , productive and efficient use of of land . To ensure that the roads are traffic-free , the government impose very heavy taxes on car ownership and at the same time , work towards building a superb public transportation system for the general public . There are the MRT (Mass Rapid Transit or subways) , the public buses and taxis to cater for the needs of the general public . With all the schemes to discourage car ownership , owning a car is so expensive and not economically viable , owning a car becomes a luxury unless one can afford them . Owning a car suddenly become a display of social status and standing in the eyes of Singaporeans and therefore a pursuit towards having one . Since cars only depreciates in value over time and never an investment and with such a good public transportation , who would anyone needs a car ?

A country club membership cost a few SGD$100,000.00 depending upon the type of clubs . Interestingly most who signed up did not even use the club facilities . There is a monthly membership that members needs to pay and also a transfer fee when one decides to sell . Definitely does not seem like a good investment but again , it is more of a status symbols
5Cs | Cash

This is obvious but the reality is that most ordinary Singaporeans are actually cash poor for they do not have much cash on hand . Most of the money is tied to their property mortgages and cars , leaving very little cash on hands .

Back in 1980′s and 1990′s there were many restrictions to even own a credit , unlike today . Back then the GOLD card was the ultimate and later the platinum card . This is no longer apply in current situations where you can even own a card without any annual fees with all the banks and institutions in asia flooded with hot cash .

The 5Cs has undergone some changes along the years . We have come across the 5Bs , Brain , Body , Billionaire , Bungalow and BMWs . Then we have the simplified version for simple living called 1 ,2 ,3 , 4, and 5 . One for a spouse , Two for kids , Three Bedrooms Condominiums , Four Wheels and Five figure salaries .

2012 03 12 234229 5CsOn Aug 8th 2010 , our Senior Minister then , SM Goh Chok Tong called on Singaporeans to spin their very own Singapore Dreams and live it rather than focus in what he termed the Singapore Gripe . While many generation Y Singaporeans have begun seeking more rounded lives , SM Goh was worried that many has dropped their families from their dreams . In SM Goh’s view , the family is a very vital part of a fulfilling life . It should be at the core of every Singapore dream , he said . SM Goh proposed his own version of the 5Cs ; …. focus on

So what does Singaporeans think of the 5Cs today ? 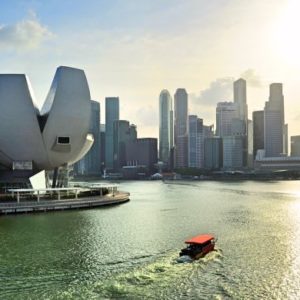